Facundo Sola Scores All Five Of His Side’s Goals 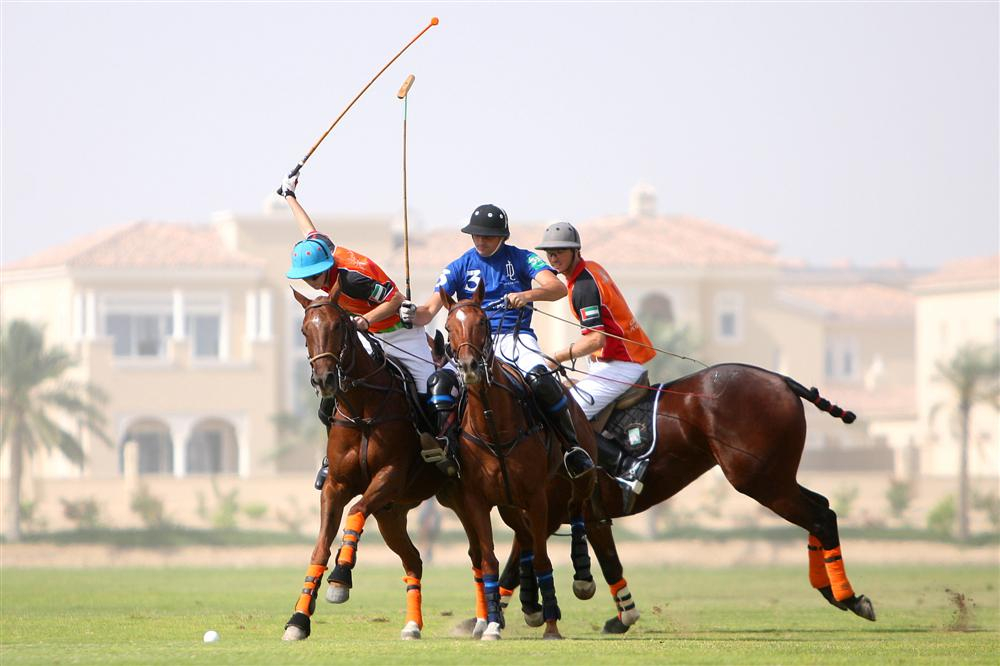 Dubai, 25th of February 2013. Ghantoot Racing & Polo Club have made a rousing

The Abu Dhabi-based side is in fine form at the moment, having claimed a 9-7
victory over defending Dubai Gold Cup champions and home side, Habtoor Polo
at the weekend in a high-goal charity polo match held at Ghantoot that raised
Dhs163,000 for the Al Ain Private Centre For Care and Rehabilitation.

This afternoon it was Facundo Sola, Ghantoot’s eight-goal Argentine professional,
who scored all five of his side’s goals, three of which came from penalties.

Scores were tied at 1-1 after the first chukker, 2-2 after the second and 3-4 to
Ghantoot after the third. In the fourth chukker Zedan’s nine goal player, Nachi Heguy
missed a decisive penalty, and Sola capitalised by scoring in open play to make
the score 5-3. Heguy came back strongly with a goal for 5-4, just before the claxon
signaled the end of the match.

Ali al Marri, Ghantoot’s Emirati player said his side was satisfied with their effort.

“It’s always the aim to start a tournament with a win and we are very pleased to go
into our next game on a high note,” said the scratch handicapper. “We are having
a busy season so I think that for us, the main thing will be conserving as much of
our strength as possible as we look forward to our next match against Abu Dhabi on
Thursday.

The Dubai Gold Cup was preceded by the Dubai Silver Cup, which saw Ghantoot
knocked out at the semi-final stage by city rivals, Abu Dhabi Polo. It was a golden
goal in extra time which denied the Royal club a final berth.

“We played very well in the Dubai Silver Cup and just missed out on the final,” said
Al Marri. “Every game is these tournaments are very close and the difference between
winning and losing often comes down to one goal – as was the case today against
Zedan.”

Ghantoot are next in action against Abu Dhabi at 4pm on Thursday February 28 at
Dubai Polo & Equestrian Club.